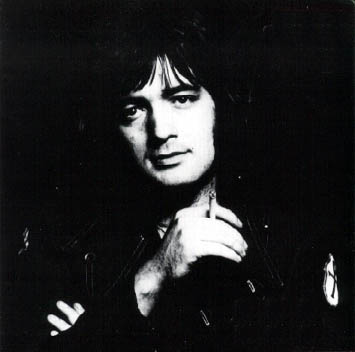 Barry along with his brother, Paul, who were both identical twin sons of Marion Ryan, a fifties pop singer, were signed by Decca in 1965. With neat long hair and carefully selected fashionable clothes they were skillfully marketed by Decca. In 1968, Barry Ryan went solo and Paul took to songwriting. An early result of this new partnership was "Eloise", a stunning single with its melodramatic vocal style and heavily orchestrated backing. This was certainly Barry's magnum opus and he soldiered on for several years after without achieving the same heights again. 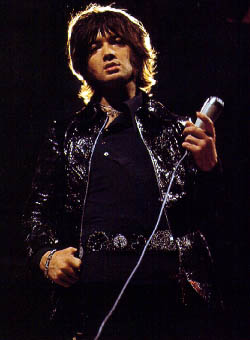 In 1986 the airwaves were filled with the dramatic sound of "Eloise" performed by former punk idols The Damned. The sheer power and scale of this track written 18 years previously was there for all to hear. "Eloise" was one of many classic songs written by Paul Ryan, but it was his brother Barry who performed on the original version.

Twins Barry and Paul were born on 24 October 1948 in Leeds, England. Their mother was singing star of the 50s Marion Ryan and step-father - show business impresario Harold Davidson. They grew up using their real surname Sapherson; by the time of their fifteenth birthday the twins had entered show business and taken their mother's name - Ryan. Under the full glare of media publicity they released their first single "Don't Bring Me Your Heartaches" which reached the UK top twenty. Follow-up singles all fared well and under the direction of top writer and arranger Les Reed, they filled a niche left vacant by UK acts aiming at the US market.

The Ryans were groomed for stardom. Top designers ensured their photogenic looks were seen in all the pop papers but the constant tours and TV appearances were starting to have an effect on Paul who suffered a near-nervous breakdown. After a brief lull in chart action the pair decided to split in 1968. This took the pressure off Paul who could now spend more time writing. Barry signed to MGM Records and the single "Eloise" became the label's first release. Promoted with one of the first full videos, this dramatic, powerful song was an instant smash, selling 3 million copies and reaching number 1 in six countries.

This unusual arrangement of one brother writing for another certainly worked and with further hits "Love Is Love", "The Hunt" and "Kitsch". Barry ended the 60s as one of the top pop performers in Europe, despite never playing a solo concert outside the UK. Paul was also having huge success as a writer, having written "I Will Drink The Wine" for Frank Sinatra. Sadly, Paul died of cancer in 1992, aged only 44.