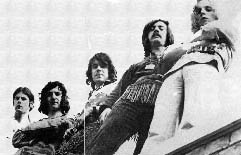 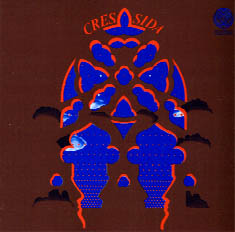 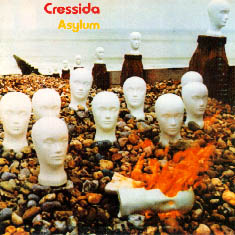 Both Cressida albums can be used as an example of what is interesting and worthwhile about UK progressive rock. Although freely borrowing from almost any style imaginable, the band manages to create a unique atmospheric blend of seriousness and light-heartedness, more often than not with a melancholic touch not unlike Spring. The music on the first album is slightly more song-orientated and simply spills over from memorable and simultaneously sad and beautiful melodies. Singer Cullen possesses one of the few agreeable voices from the prog-rock scene, totally devoid of any style-bound mannerisms. The music is intelligently played throughout, most notably on the title track and the aching "Down Down", although it's hard to choose any favourite tracks. The second album relies a bit more on instrumental passages and tends more to elaborate arrangements, without ever getting pompous. A superb track is "Munich" with great and subtle organ parts and good dual lead guitar as well. Wholeheartedly recommended. Originals are on the swirl label. Both albums have been reissued.

The Vertigo "Annual 1970" also included their "To Play Your Little Game".